How to tell if a baby is Dumbo?

I have many baby rats from accidental litters (three females were pregnant when we adopted them and had babies two weeks later!). I don't know much about colours or markings but the mom is a black "Berkshire" I think (white on her belly). I'm not sure if the dad is one of the three males we adopted as well, or if it was a different male. All of the rats we adopted have regular, top ears, but I was reading that top-ear rats can be carriers of the Dumbo trait. I've noticed that all of the babies' ears are slightly off to the side more than adult ears; I think that's just the way they are as babies. However, I'm noticing that some babies' ears seem more Dumbo-like. Here is one (no name yet!). Are these Dumbo ears? They do seem different from many of the other babies' ears. There are a couple other babies who have ears I'm not sure about, but his seem most Dumbo-like to me compared to the rest. 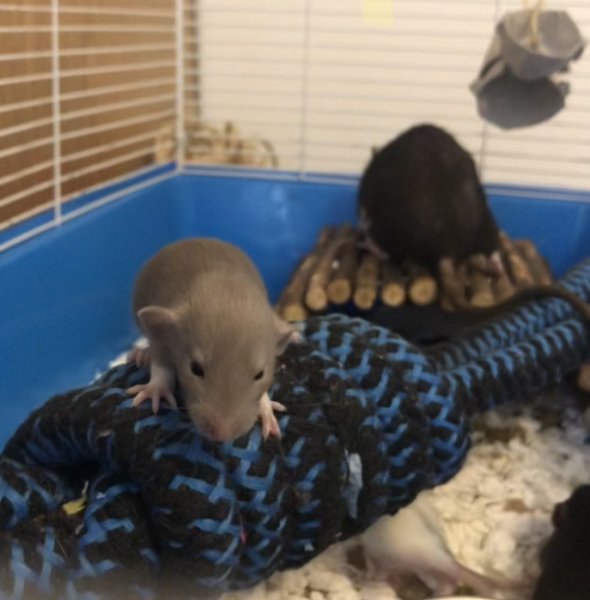 Looks like a Dumbo to me.! Too bad the accident happened but at least now you get to watch babies grow up.!
A

The one rat I can see in the pic is clearly dumbo or has something else going on to modify the ear. Here’s a pic of a baby dumbo I have.