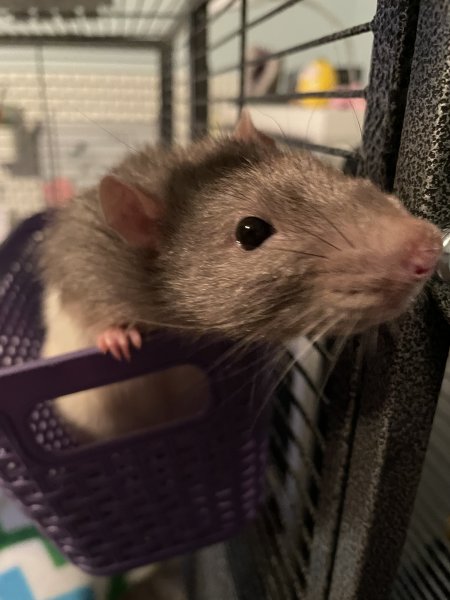 Big old rat. One of my original boys. He’s huge! The vet said that Bean is the biggest rat he’s ever seen (that huge). He’s outgoing, loves snacks, and will take a nap right next to you. He’s about 1.75 years old. Healthy (and fit, even with being so huge) ...well, except for his teeth, which have to get trimmed every so often. He’s also so so so cute, and he has the kindest eyes. He’s a good friend to all of the new babies in town, and barely ever tri 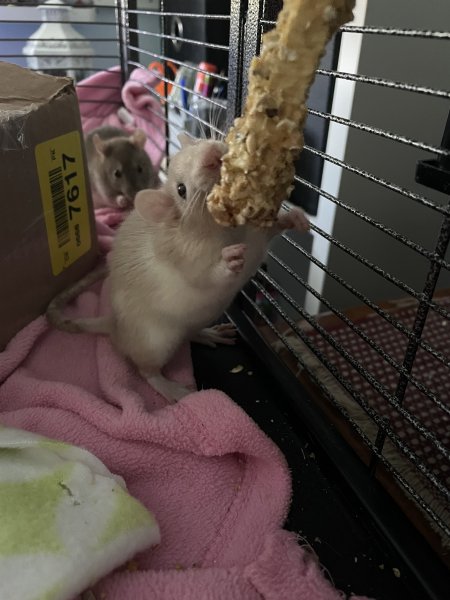 Little baby. Small. About three months old. Is a thief! He steals snacks in his mouth! The biggest of the babies. He is a bit timid around us still, but he loves wrassling his brothers (and big old Bean man too!) He has really cool ruby eyes. Vet said that he’s in peak physical condition, despite some odd noises. 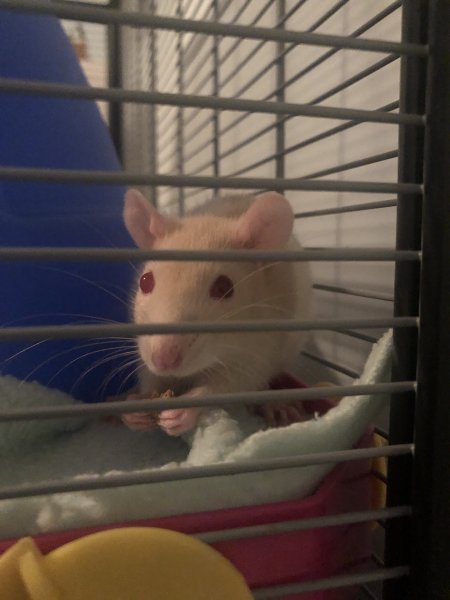 Little baby! Same age as the rest of the babies. Bright red eyes!! He likes to jump around, but he also likes to sleep. Especially under the fleece liner of the cage. Makes the same noise as Pancake, but is also apparently perfectly healthy. A miracle! Loves Bean and will cuddle with him for hours. 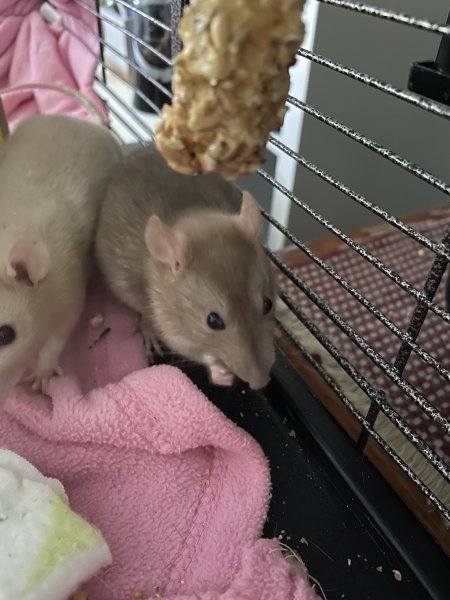 Peanut! Also a baby! Three babies! He’s the littlest one. Just tiny. He has resting old man face though. I often get him confused with Bean, despite them being wildly different sizes. Although he’s small, don’t label him as weak. Doesn’t usually start wrassling matches, but always wins. It’s crazy seeing him pin down Pancake! Hasn’t been to the vet yet because he’s fine. Love him! 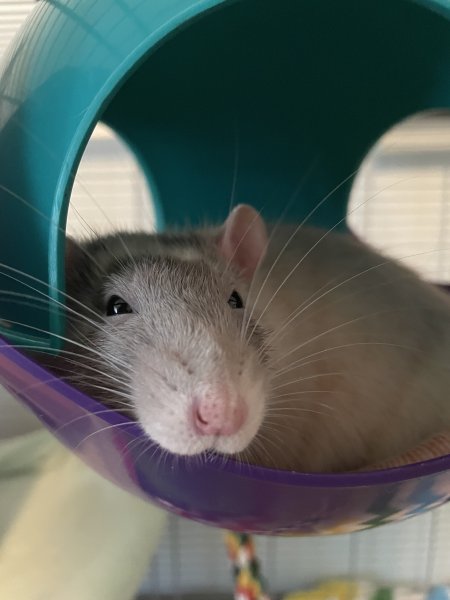 Sadly, Cheese passed this summer. I thought I’d still include him here though because he was so special to me. He was the kindest little rattie, to us and to his brother Bean, who he’d spend all day cuddling with. He and Bean were my first rats, and they’re both so special to me. Nobody really exactly knows what happened to Cheese. One day he was fine, and the next day he was barely moving. He slipped into a coma and had to be put down. I miss him so much

You must log in or register to reply here.

I
Respiratory infection? Or not? (Odd noises)