We just got a baby (~7 weeks approx) dumbo to keep our older (adopted solo) boy company. We've had somewhat poor results with the older fellow not being very enthusiastic about his new companion, but we've been keeping them in separate enclosures and introducing them together for short supervised sessions to get them used to each other. Today, they were placed together so that the baby's enclosure could get a cleaning, and while my back was turned, somehow baby suffered an eye injury. I'm guessing the older fellow bit or struck him somehow. There appears to be a gash under his eye socket, and his eye was bulging somewhat extremely, to the point I was worried it would pop out. The bulging seems to have lessened in the few minutes since then and it no longer seems so extreme, but I'm obviously worried. Baby was obviously distressed and scared when it happened, but he's since calmed down and doesn't appear to be having any balance issues I would associate with disrupted vision. There's no exotic pet vets nearby that I could get to before they closed for the day, and I'm not sure a trip is even warranted at the moment since he appears to be doing alright. I'm just concerned about that eye bulging. Anyone have any experience with something like this?

can you post a pic of baby's eye? from top., front and from side? As clear as possible.

These were exceptionally difficult to get because he's still as energetic and squirmy as always. As you can (hopefully) see in the picture, the bulging has gone down, but there still seems to be swelling of the surrounding tissue, and the eye is watery. He was squeaking and appeared to be in some pain last night, so we've been giving him a minuscule (~.1ml since he only weighs about 100g) amount of liquid children's ibuprofen every four to six hours. We've also applied some terramycin we had from some other babies to the gash under his eye. It's definitely not ruptured/deflated, thankfully. It looks wetter around the eye in the brighter pictures because we'd just applied the terramycin after a saline wash. 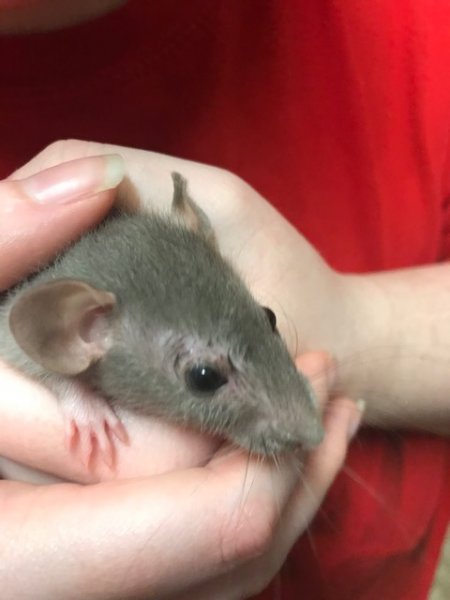 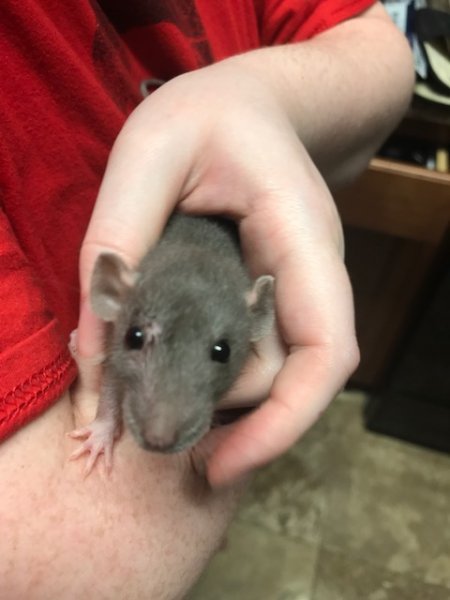 Update: While he's still energetic and lively, his eye now appears to have some form of white discharge (? Maybe? It may be part of the eye, but I think I'd prefer signs of infection to that...) that has us concerned. There's swelling in the socket on the bottom left, though it's not visible in the picture. 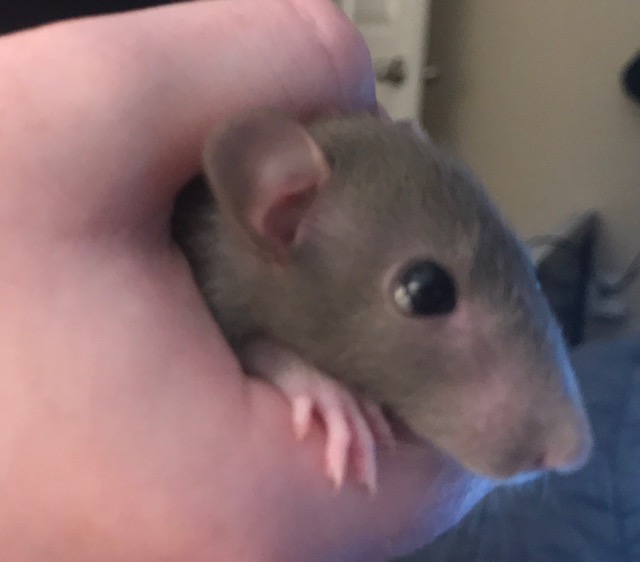