abscess about to burst(??

a couple days ago a lump formed between his cheek and neck, i thought it was a tumor but overnight it got HUGE and black. it smells like death and i’m 100% positive its an abscess. we’re taking him to the vet tomorrow morning but im so scared it might rupture/burst over night. do you think that would kill him? he ate a little bit and is drinking water. poor guy seems so uncomfortable and keeps trying to climb up my arm. i’ve applied a warm compress and cleaned him off as best i could. he's very squirmy and a bit stressed.

i love him so much, hes such a little trooper. he lost his brother in june and last month his two top teeth fell out then grew back. he’s seriously the most resilient rat i know

heres what it looks like, ive also included a picture of him the day before it showed up. 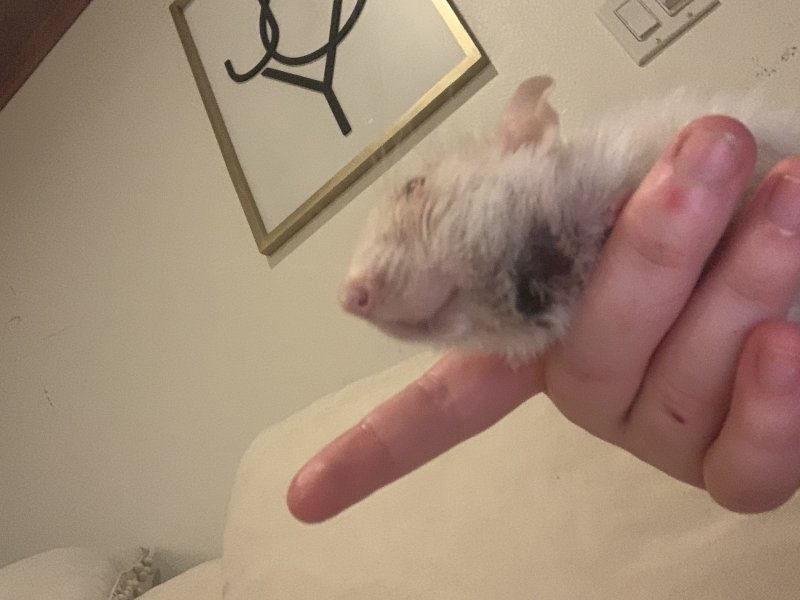 please help!!! ive been crying for hours over this so sorry if im using this incorrectly

It definitely looks like an abscess but it's not an easy one. It's most likely tooth (tooth root) related for the bottom incisors especially since he lost teeth recently. Was there trauma to cause the original teeth issues?

If you weren't going to the vet today I would suggest infant liquid ibuprofen for pain and swelling but it's better not to mask the pain when the vet sees him.
I

lilspaz68 said:
It definitely looks like an abscess but it's not an easy one. It's most likely tooth (tooth root) related for the bottom incisors especially since he lost teeth recently. Was there trauma to cause the original teeth issues?
Click to expand...

im assuming he might’ve fallen out of his hammock and bumped his jaw. his hind legs have started to drag a bit and he doesn’t have the balance he used to : ( dexters never had any tooth issues until now, i was told he lost the top two because he was old. fingers crossed we can get an answer from the vet! i will definitely ask them to check his bottom incisors, thank you so much!

Teeth never fall out because they are old. Teeth continue to grow all their lives from deep in the skull. The only way teeth will fall out is injury but unless the tooth root was damaged they can grow back, or infection deep inside.

To give you an idea of how much incisor is embedded in the skull see this pic.

ah i see, his teeth grew back fairly quickly so i dont think that was a problem. sadly he passed on our way home from the vet. he was diagnosed with cancer and was given a couple hours to a few days. he was given painkillers before we left and passed in my arms his vet said he probably had it for a few weeks so thats why his health was fluctuating a lot

I'm so very sorry .
You must log in or register to reply here.